As they describe themselves, Arweave is a new type of storage that backs data with sustainable and perpetual endowments, allowing users and developers to store data forever. Arweave aims to deliver a global, permanent hard drive on a new kind of blockchain with high throughput, decentralized, immutable, and with low-cost data storage. Arweave features a hybrid consensus mechanism, a mix of Proof-of-Work and Proof-of-Access allowing miners to verify transactions and blocks quickly. As Arweave is building the core infrastructure allowing for the permaweb, the project aims to be community driven and to enable the development of other protocols on top of it such as SmartWeave for example, a smart contract protocol powered by the Arweave network.

Arweave is interesting in the sense that it introduces a different approach to decentralized data storage than its competitor in the Blockchain space such as Filecoin, Storj or Sia for example that offers contract based storage where Arweave aims to provide permanent storage. It is therefore not competing on cost with centralized data storage providers but is instead offering a new service that none of those giants can offer. The project is not a newcomer and has been in the works for more than 4 years now by a large team of engineers and researchers, some of them holding PhDs. In addition to that, the firm secured more than $13 millions in different rounds of funding from giants VC firms such as Andreessen Horowitz, Coinbase Ventures, and Union Square Ventures. 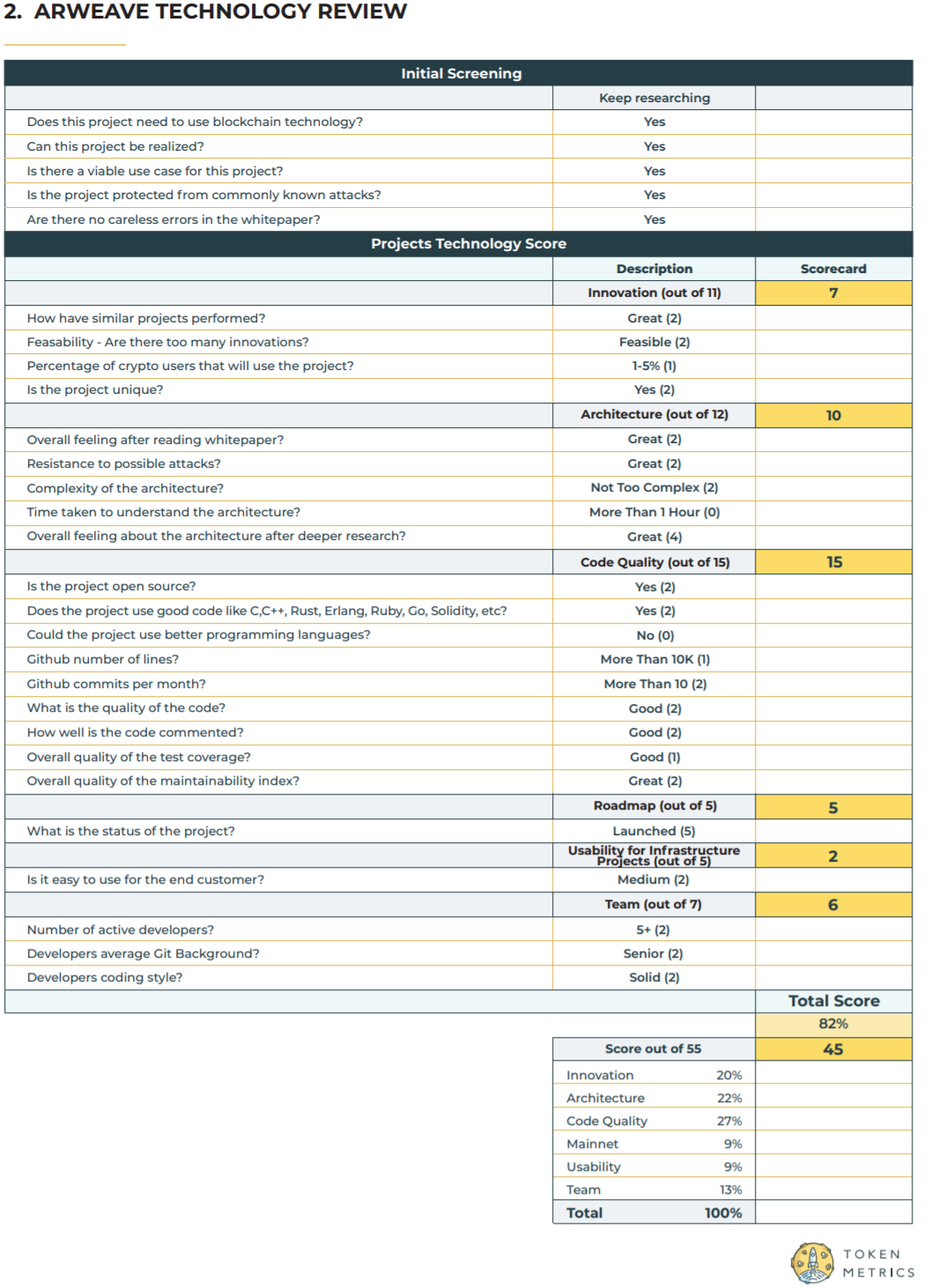