Chia Network is an improved blockchain and smart transaction platform being built since 2017 to improve the global financial and payments systems. Chia has a new innovative Nakamoto consensus algorithm, called Proof of Space and Time, that removes the energy demands of Proof of Work from the system. Chialisp is Chia’s new smart transaction programming language that is powerful, easy to audit, and secure and will unlock the security, transparency, and ease of use that cryptocurrencies promise.

Chia is ambitious and intends to complete a fully compliant SEC registered equity IPO to take the company’s equity public on an American stock exchange. Led by Bram Cohen, who is behind the peer-to-peer BitTorrent protocol, the platform is being built by a large team of experienced developers and their codebase is among the best ones in the Blockchain ecosystem. In the short term, the use of a brand-new development language to build on top of the network might slow the developer adoption but as this new Blockchain brings an innovative consensus as well as other benefits, we see it as a contender to keep track of in the long term. As Chia is still in the pre-minting phase, the token XCH is not transferable at the time of writing, so only IOUs are available on a few exchanges such as Gate.io. As the available supply is very limited, it might represent a risk to trade before more liquidity reaches exchanges. 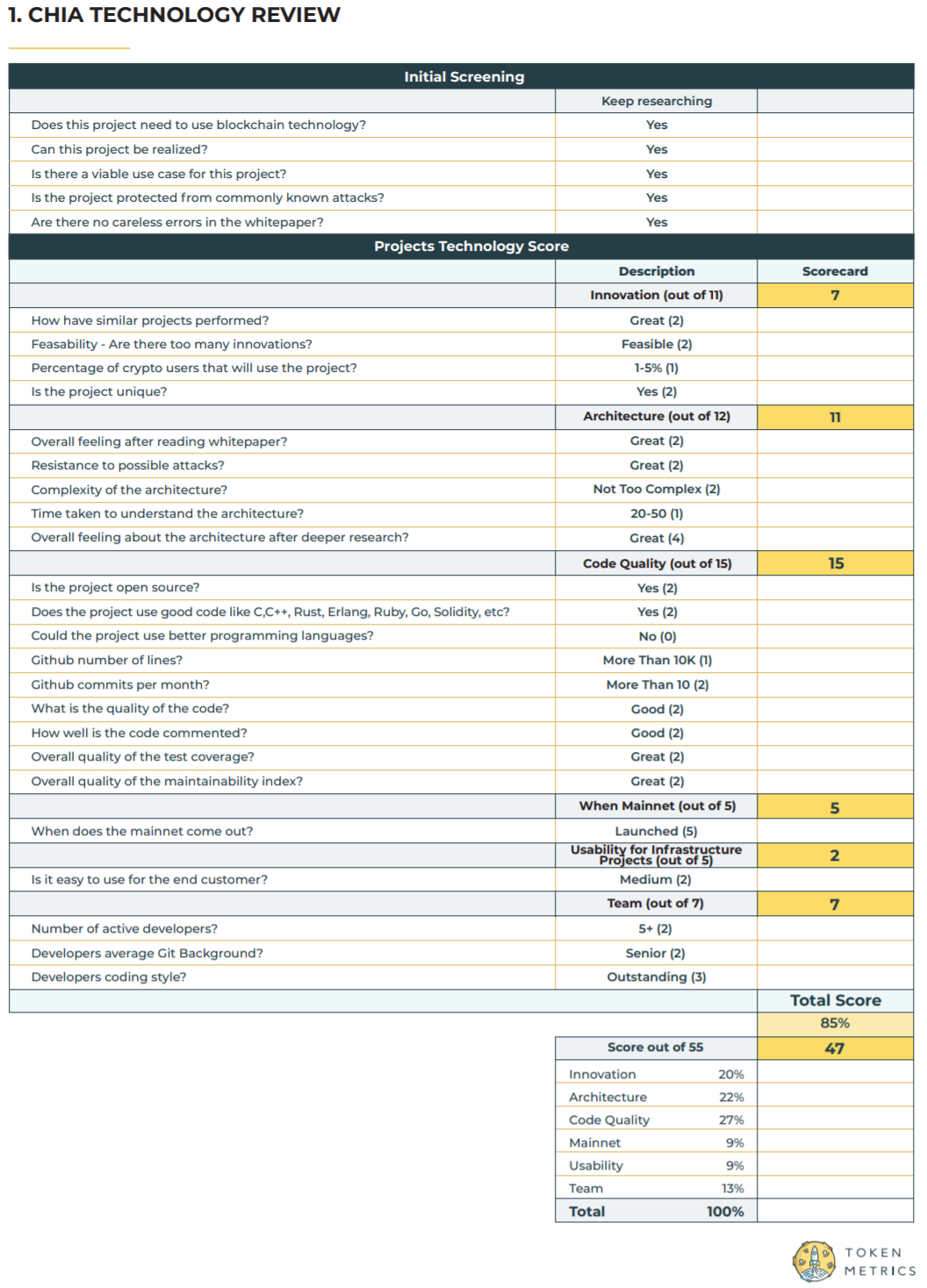