Built on Cosmos, e-Money is an electronic payment system and store of value operating in the financial services industry, to create a level playing field, providing equal access to transparent financial services, on a global scale, while greatly reducing cost. To that end, e-Money intends to release a range of currency-backed stablecoins in a system that is fair and transparent, accessible for all, and with near-zero fees, instant settlements, and immediate finality. The currency-backed stablecoins created by e-Money are a further iteration on the concept of collateralized stablecoins as they are interest-bearing, and have more in common with a bank deposit than hold-in-your-hand money, giving it more resilience in the face of economic uncertainty. The ecosystem also has a working DEX in place in which every token can be immediately traded with zero execution fees on trades.

e-Money is developed by Block Finance A/S, a Danish Fintech company who are innovating new technologies that bridge traditional financial services and distributed ledger technology. It is not designed to act as a wholesale replacement for the existing financial system, but can instead be thought of as the layer two solution for traditional finance. In this sense, e-Money can be seen as an additional solution to help merge the gap between TradFi and DeFi. While the project is already launched on Mainnet, the public repositories are showing low development activity recently and it may require some work for it to attract users on a more global scale. The token is currently trading on Uniswap and Ascendex. 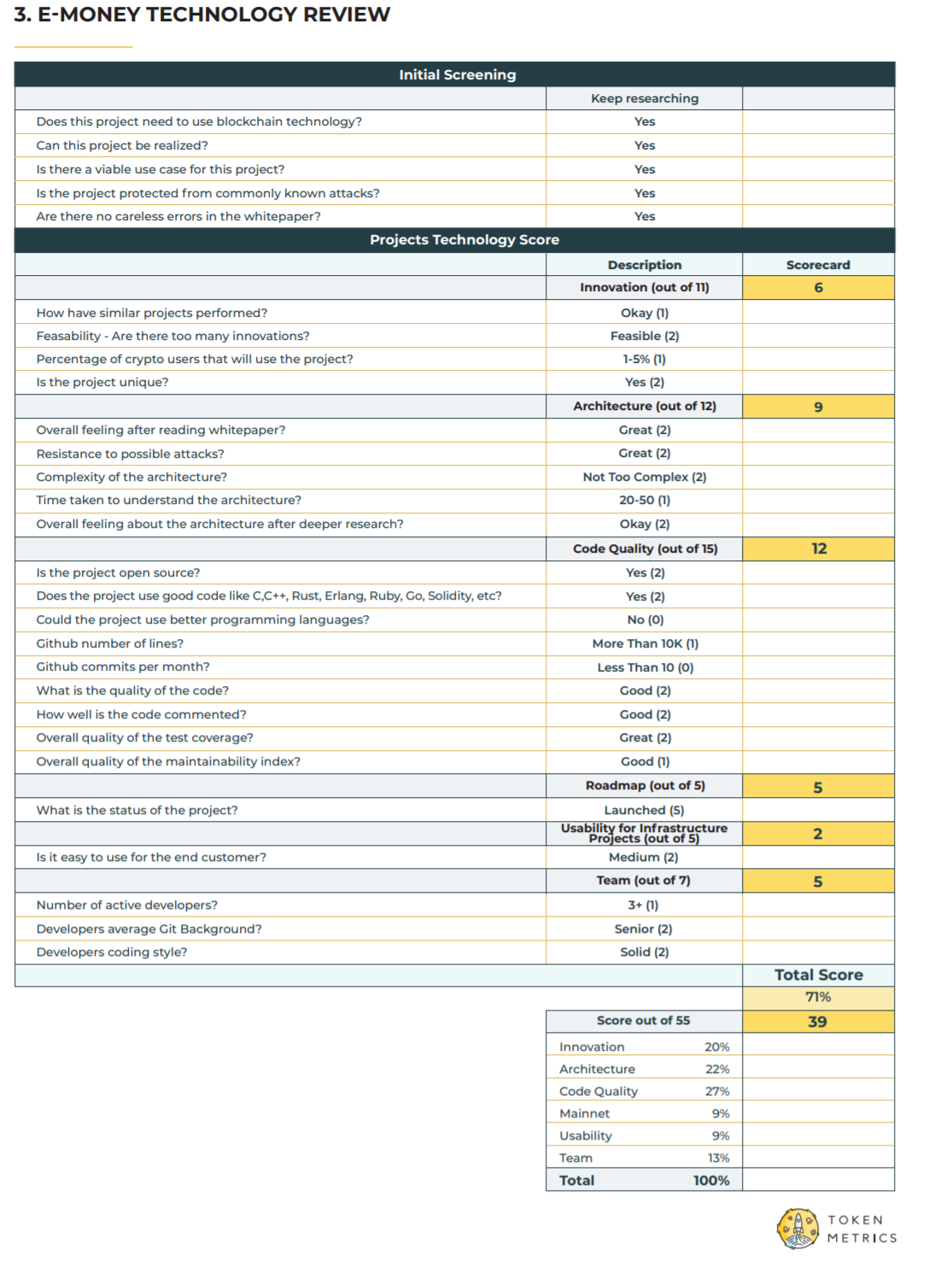