Arbitrum is a Layer 2 cryptocurrency platform that makes smart contracts scalable, fast, and private. Arbitrum interoperates closely with Ethereum, so Ethereum developers can easily cross-compile their contracts to run on Arbitrum. Arbitrum achieves these goals through a unique combination of incentives, network protocol design, and virtual machine architecture.

With Arbitrum, only blocks are required in state-root commitments instead of transactions. These also include commitments to hashes of the computation involved. If two parties make conflicting assertions, they enter a dispute, in which they interactively figure out the single computational step that was invalidly executed. By doing this they greatly reduce the footprint on-chain. One good thing with this approach is while a dispute procedure is underway, the rest of the system need not be put on hold. Users and block producers can continue transacting as usual, thus, the length of the dispute need not impose latency on the rest of the system.

Arbitrum is available for selected projects on Mainnet and currently Uniswap is the major protocol that is live and accessible to whitelisted users that are mostly developers. Arbitrum doesn’t have a token. 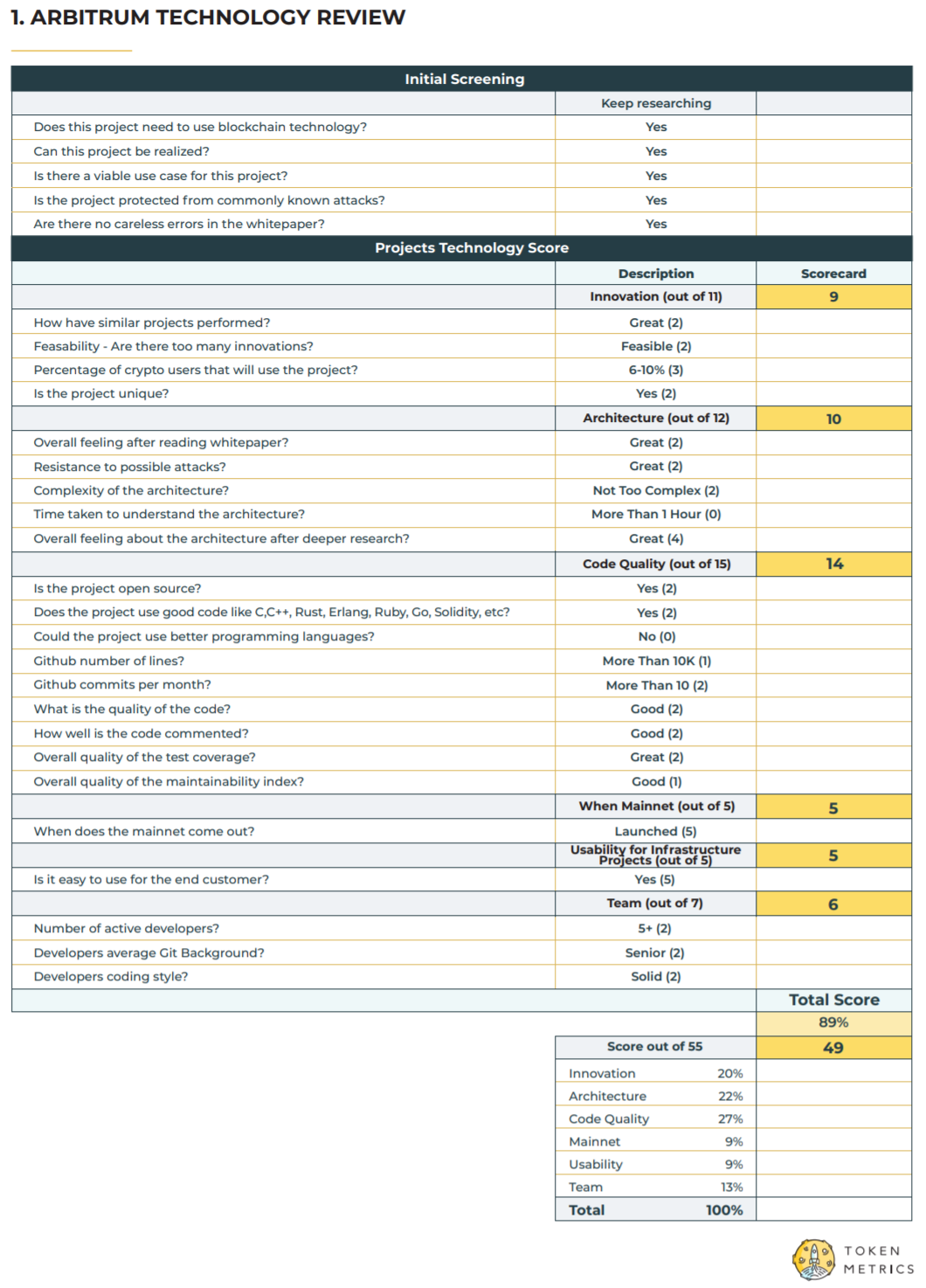