Swarm is a distributed storage platform and content distribution service, a native base layer service of the Ethereum web3 stack. The primary objective of Swarm is to provide a decentralized and redundant store for dApp code and data, as well as blockchain and state data. Swarm is also set out to provide various base layer services for web3, including node-to-node messaging, media streaming, decentralized database services and scalable state-channel infrastructure for decentralized service economies. It provides a flexible enough framework that any distributed application will use Swarm for storage and messaging, making it a perfect candidate for seeding the new web. The long-term vision is that an agnostic network such as Swarm will serve for large-scale data needs, such as artificial intelligence and machine learning.

Swarm is one of the oldest, if not the oldest, decentralized storage project. Strongly tied to Ethereum at the start of the project years ago, it slowly shifted away from it to be a real standalone project of its own. Launching its mainnet soon after years of development, it has the potential to become the reference storage platform for dApps. Built in a truly open source fashion, the product is being developed with contributions from a vast team of experienced developers and is definitely a solid one. The token will be sold via a Coinlist token sale, the day after mainnet launch. 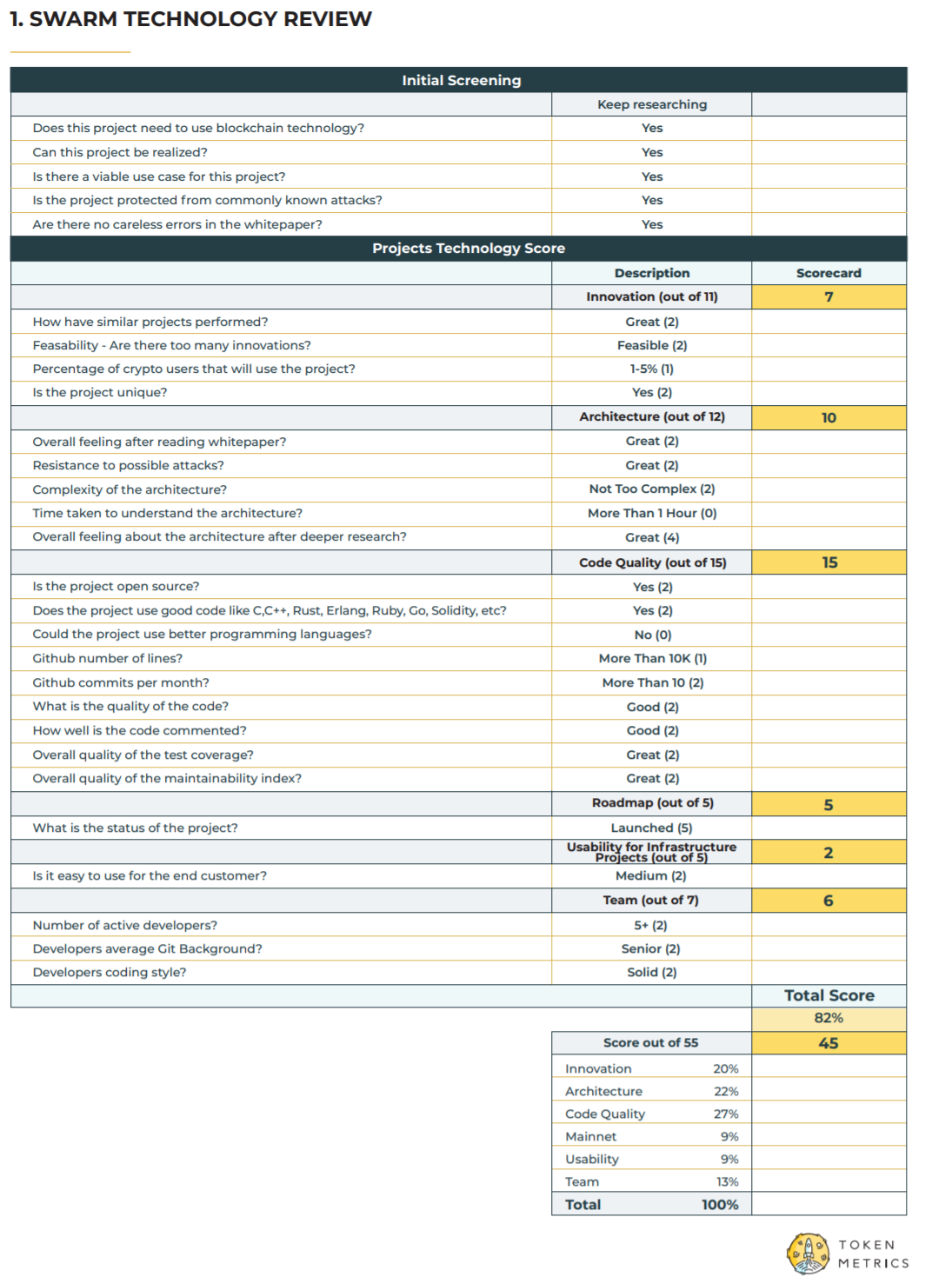