HUMAN Protocol is another project trying to mix two of the hottest technologies of the last decade, Blockchain and Artificial Intelligence. The protocol is already being used and hCaptcha is a production working proof of concept showing how it can be used for real use cases. As the project is an infrastructure type of project, adoption will first come from developers building on top of it and then those projects getting themselves adopted by end users. By being chain agnostic and already supporting the top chains, Human Protocol is doing everything to maximize its chance to be widely used. HMT, the token behind the protocol, is going through a Coinlist sale very soon. 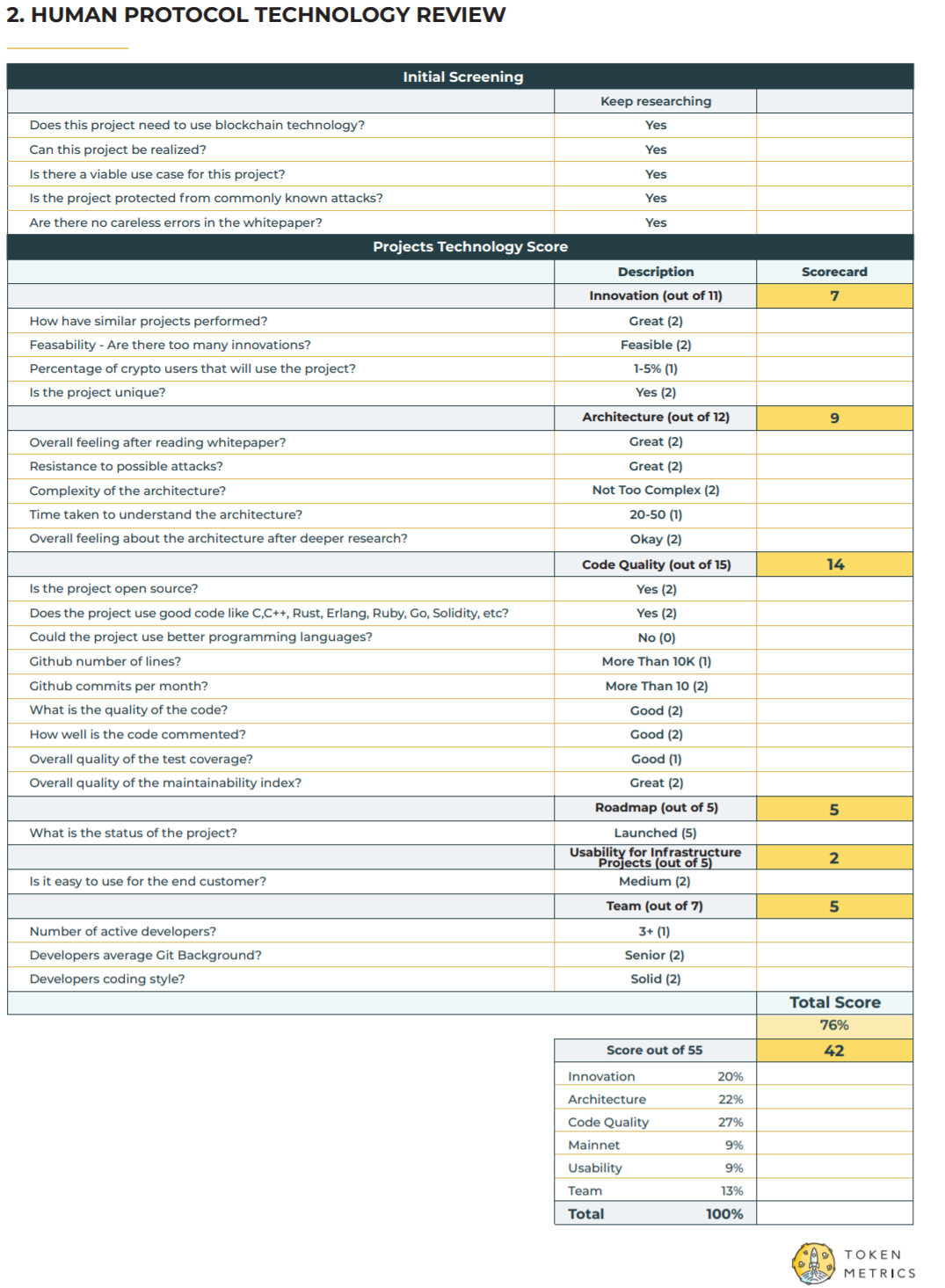