Decred is an open and progressive cryptocurrency project with a system of community-based governance integrated into its Blockchain. It uses a hybrid Proof-of-Work (PoW) and Proof-of-Stake (PoS) consensus mechanism designed to keep PoW miners’ power in check and ensure no group can make consensus rule changes without the consent of the community. Decred blends these two systems together by taking the classic proof of work structure and adding 5 validators which have staked DCR to check the work of the miner. Decred is a community-directed digital currency designed to be a superior store of value for generations to come. Decred’s on-chain governance is supplemented by Politeia, a Reddit-style web-based platform where stakeholders vote on proposed changes to Decred’s governance and proposals to spend treasury funds.

Launched in 2016, Decred is much like Bitcoin, with its core concept being to remove the current centralization in governance aspects. It emphasizes decentralized governance, using the hybrid PoW & PoS mechanism to make sure that voting rights will not be monopolized by a few miners or early participants. This system provides a way for Decred developers to avoid the conflict of interest issues that have created controversy around some early Bitcoin development decisions. The vast experienced team and constant work helped build a solid community around the project, which should help it stay around in the coming years. The token is currently trading and available on centralized exchanges (Binance, Bittrex). 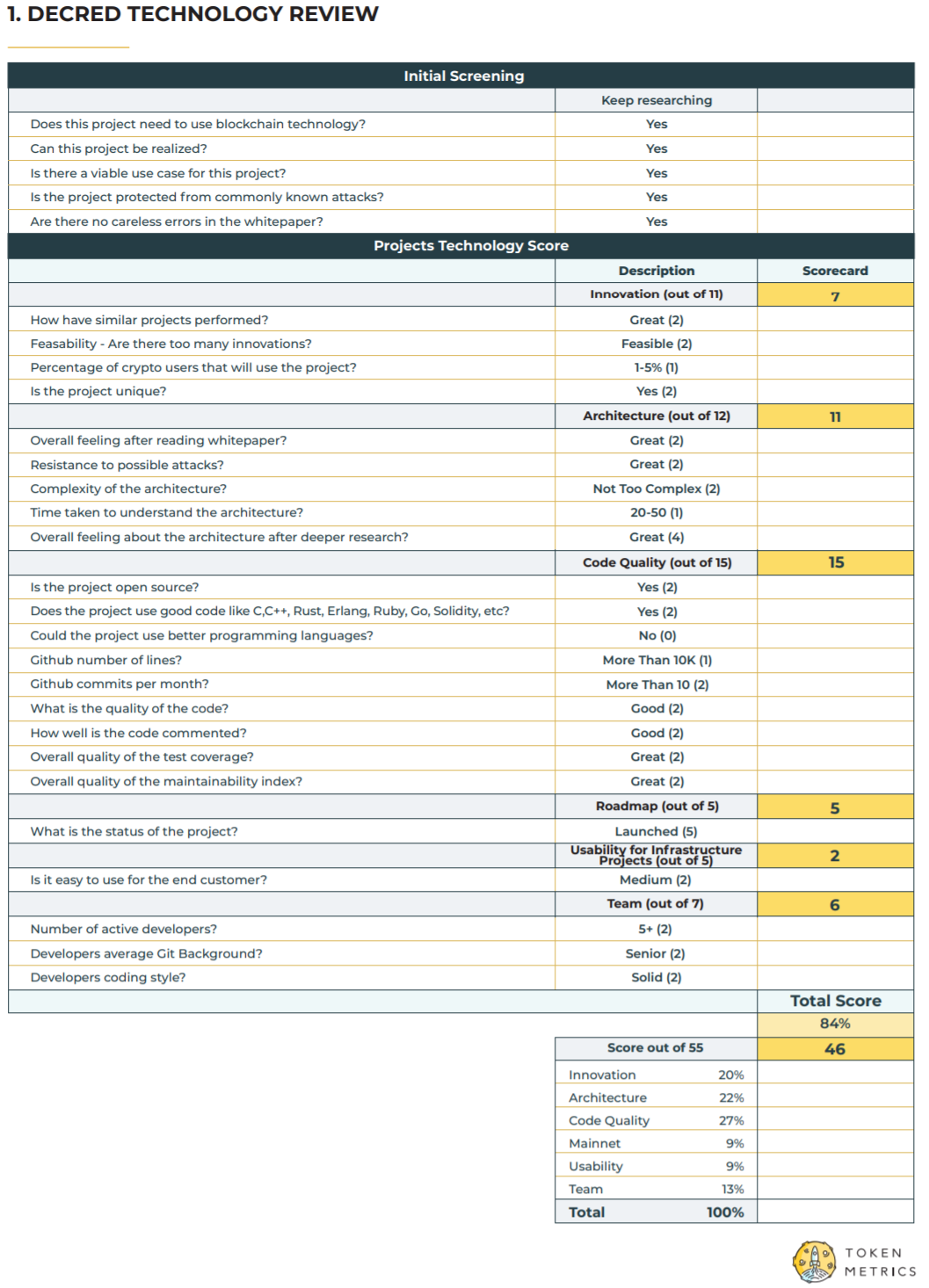