Saber, previously known as StableSwap, is the first automated market maker optimized for trading pegged assets on Solana. The protocol enables Solana users and applications to efficiently trade between pairs of assets, as well as earn yields by providing liquidity to the platform. Depending on their use case, a user might require a specific coin. For example, the lending rate for USDT might be higher than the USDC they’re currently holding. Before, users had to swap between USDT and USDC on traditional AMMs and pay the standard slippage costs. With Saber, users can swap between large sums of USDT and USDC with very low slippage. Saber designed its AMM from the ground up based on the proven Curve Finance model of efficiently swapping between stable pairs of assets. The time-tested algorithm was first supporting a single USDT/USDC pool and was later expanded to support other pegged asset pools with assets such as Bitcoin or SOL.

As often with Solana dApps, the contracts were reviewed by trusted members of the Solana development community but were additionally audited by veteran cybersecurity firm Bramah Systems, whose client portfolio includes dYdX, Set Protocol, and mStable. Despite a limited technical documentation and a small development team looking at the project activity on GitHub, the project was able to raise $7.7M recently and with the recent surge of Solana and the growth of the whole ecosystem, Saber could be a central piece in the space allowing multiple protocols to benefit from its pools. As Saber is designed to be a community-led project that adapts to the needs of the Solana ecosystem, they introduced a governance token named Saber Protocol Token (SBR), which is already trading on decentralized exchanges (Serum, Raydium). 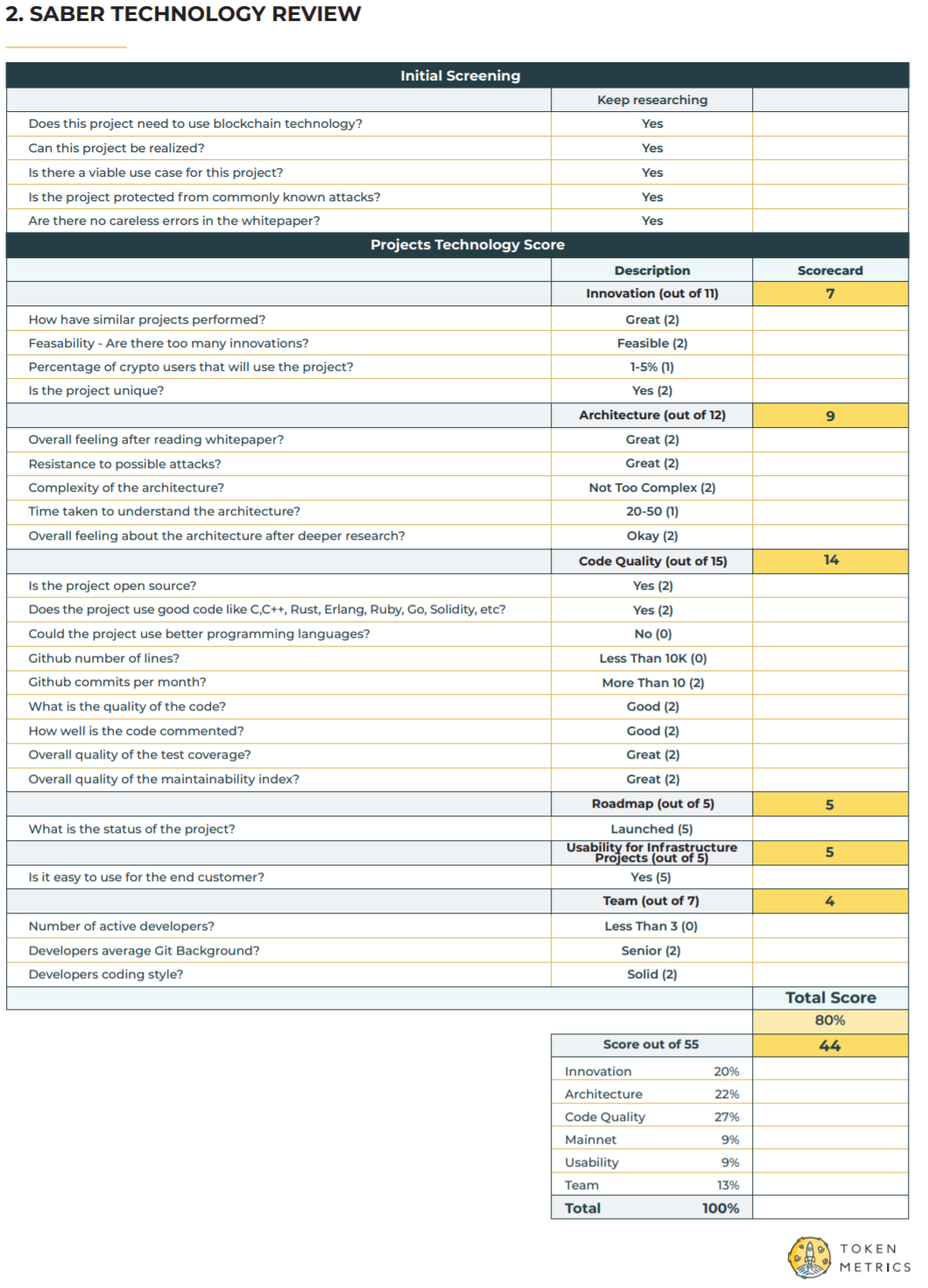