Clipper is a new decentralized exchange (DEX) built for self-made traders instead of hedge funds. Clipper is designed to have the lowest per-transaction costs for small-to-medium-sized trades <$10K on the most popular crypto assets. This is accomplished through a novel architecture and a series of design trade-offs that sacrifice price competitiveness on large, whale trades for better prices on retail trades. The core insight behind Clipper’s design is that, counterintuitively, more liquidity can be bad for retail traders. To counter the harmful effects of liquidity over provisioning on retail traders, Clipper has a smaller, capped liquidity pool and lower fees. A smaller pool means that there is more slippage on Clipper, but the decrease in fees more than offsets the increased slippage for small trades.

Clipper is named after a type of mid-19th century merchant sailing ship used for global trade. Clipper ships were designed for speed, partially by trading off cargo capacity. This is an innovative protocol benefiting the major part of the community which is actually not used to trading 5 figures numbers on a daily basis. The project is led by a small but really well experienced team. We believe one of the biggest challenges for Clipper will be to be adopted by those users that trade on more reasonable sized trades and might not be looking to optimize on it. Clipper is governed by a DAO (Distributed Autonomous Organization). Currently, the DAO is structured as a multisig wallet. Over time, the DAO is expected to be decentralized, with control transitioned to the community of Clipper’s users. 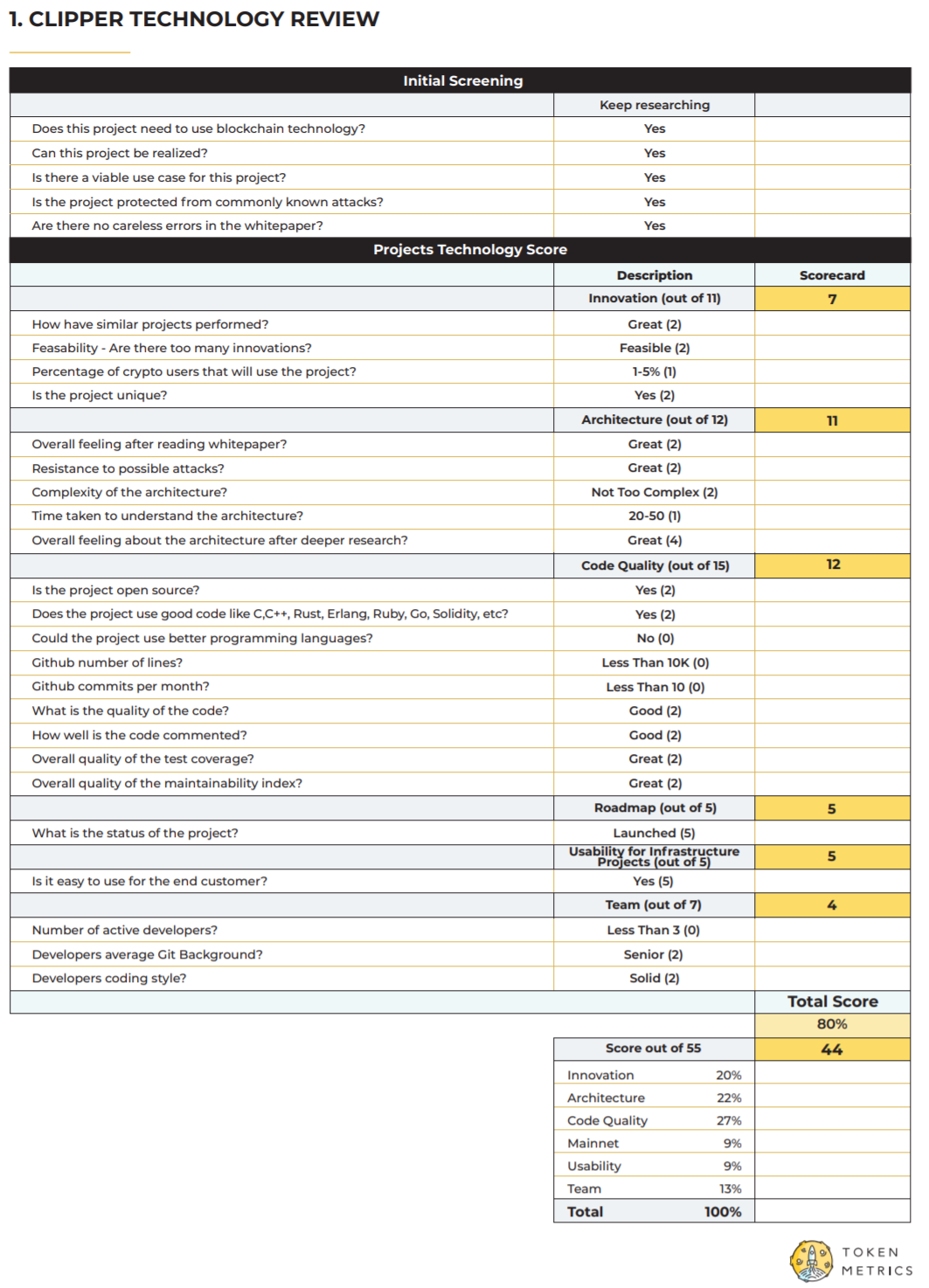