XP.network is the first blockchain-agnostic NFT ecosystem. It enables multichain support out of the box for any minted NFT, dApp or use case, allowing NFTs and funds to flow freely between networks and wallets. XP.network is the very first no-code NFT development platform, allowing creators and entrepreneurs alike to build and deploy quality NFT dApps without having to write a single line of code. The network is built with the Substrate framework and supports NFT dApp development across multiple blockchains. XP.network is turning things around for non-tech founders and product teams, it is one of the first blockchain projects to allow non-programmers to create quality NFT dApps on any blockchain thanks to a user-friendly drag-and-drop editor.

The platform allows entrepreneurs and founders to regain control of their user experience as well as their costs by giving non-technical developers a way to create fully functional NFT dApps in any language without writing any code.

XP Network enables a vast array of new NFT products and infrastructure to emerge, which will ultimately result in additional value-accrual to underlying NFT rights holders and NFT creators in general. The philosophy of the team is to provide simple tools to allow NFT project developers to focus on both securing and monetizing the NFT assets, without having to worry about the complexity of coding or smart contract security. Some use cases which XP Network aims to help bring to life are NFT Marketplace, NFT Loans, NFT Fractionalization, NFT Insurance or even NFT Tickets. The launch of the network is close as they plan to release their mainnet on October 31st. The token is already trading and available on both centralized (Gate.io) and decentralized (PancakeSwap, Dodo) exchanges. 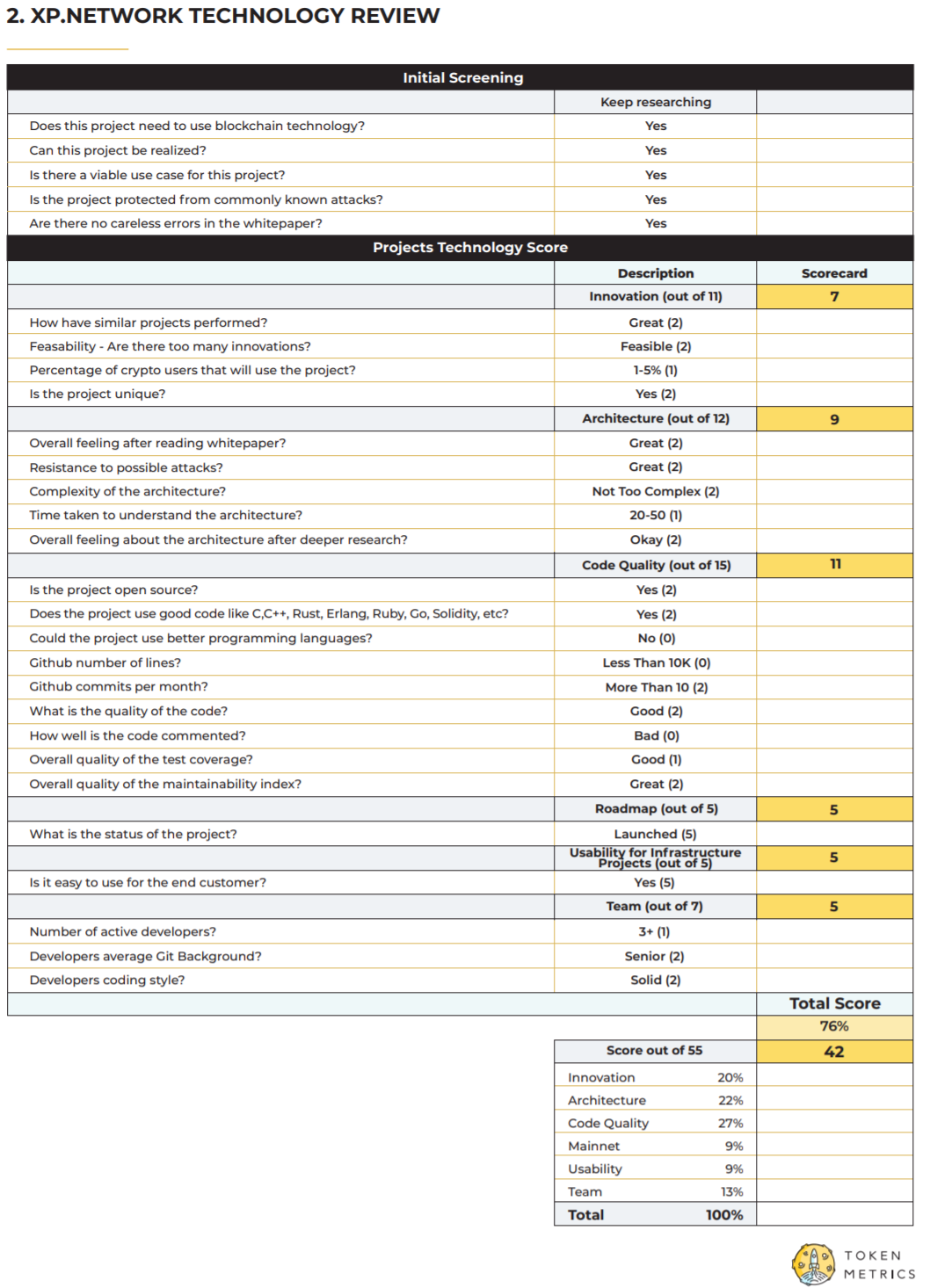