Kadena is a fast, secure, and scalable blockchain using the Chainweb consensus protocol. Chainweb is a braided, parallelized Proof Of Work consensus mechanism that improves throughput and scalability in executing transactions on the blockchain while maintaining the security and integrity found in Bitcoin. To resolve the current limitations of PoW, Chainweb is designed with a parallel chain PoW architecture that combines hundreds or thousands of individually mined peer chains into a single network, capable of achieving throughput in excess of 10,000 transactions per second.

Unlike other platforms’ proposed form of consensus, Chainweb’s parallel network model maintains security without using side chains or only using specific parts of a blockchain to process numerous transactions. With multiple parallel chains working simultaneously, if specific chains are congested by a dApp, a different chain can be utilized to conduct an ICO.

Kadena went into 2021 with big plans to bring adoption of the protocol, including projects such as Kadenaswap, a multiprotocol DEX but also a new version of the consensus protocol bringing native support for Ethereum and Ethereum-compatible bridges, allowing them to start a bridge relay program, and launching wrapped tokens. As for any layer 1 protocol, the hardest task is to bring developers onboard to start building on top of it. And while Kadena sounds like a powerful network with their multichain design, the use of a new smart contract language, Pact, could hinder or at least slow down a developer adoption as developers would first need to adapt to this new language. The token is already live and trading on centralized exchanges (KuCoin, Bittrex). 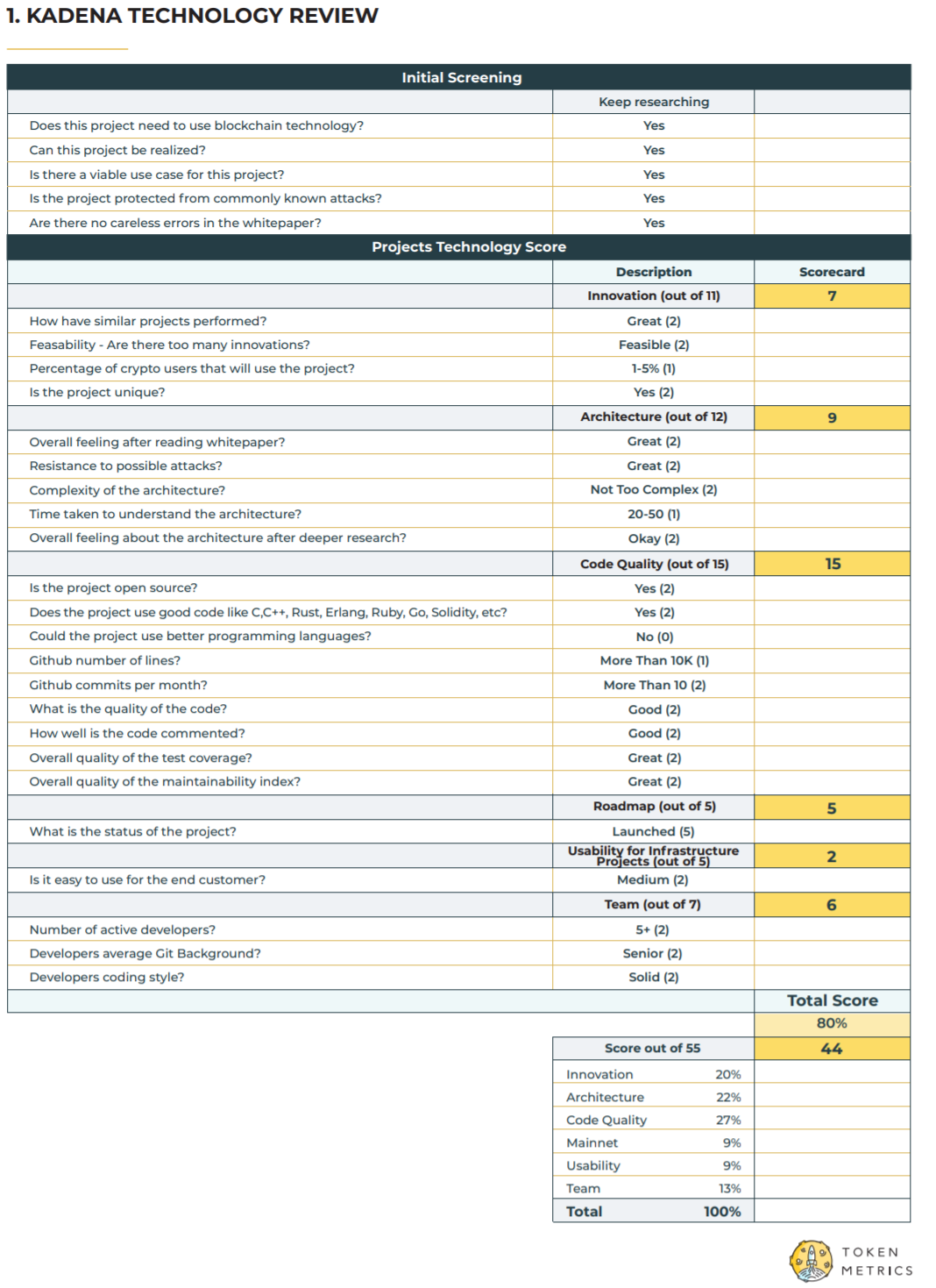