Aurora is an Ethereum Virtual Machine (EVM) on the NEAR Protocol blockchain, delivering a turn-key solution for developers to operate their apps on an Ethereum-compatible, high-throughput, scalable, and future-safe platform, with low transaction costs for their users. Aurora provides the Ethereum 1.0 development experience, with layer-2-like speed and scalability. For an Ethereum developer, getting started on Aurora is as easy as changing the RPC endpoint you interact with. The capabilities of Aurora are possible because it is built on top of NEAR. NEAR is a modern layer-1 blockchain which is fast (2-3 second transaction finalization), scalable, and carbon-neutral.

Even though NEAR is a separate blockchain from Ethereum, Aurora aims for full compatibility with Ethereum development tools such as Truffle and Hardhat. Additionally, NEAR’s trustless bridge to Ethereum means even the assets on Aurora are the same as Ethereum. For example, account balances in Aurora’s EVM are denominated in the same Ether (ETH) as on Ethereum itself. Aurora was built by the same team that created the NEAR Protocol, considered to be among the most highly regarded blockchain technologies in the crypto space. Although created at NEAR, Aurora will exist as an independent concern, governed by the decentralized AuroraDAO, and will leverage the unique underlying NEAR technologies to align incentives of the network, product owners, and end users. AuroraDAO recently approved the creation of the official project token, $AURORA, deployed on Ethereum and bridged to NEAR and Aurora using the Rainbow Bridge.

While the token is already deployed, the DAO still has to decide the parameters of the official distribution, which will more likely be an IDO from what has been discussed lately on their different channels. A few days ago, Aurora announced their first funding round for a total of $12M, and the protocol continues to gear up following their mainnet launch, as they already partnered with major actors of the web3 ecosystem and just saw the first dApp deployed last week. 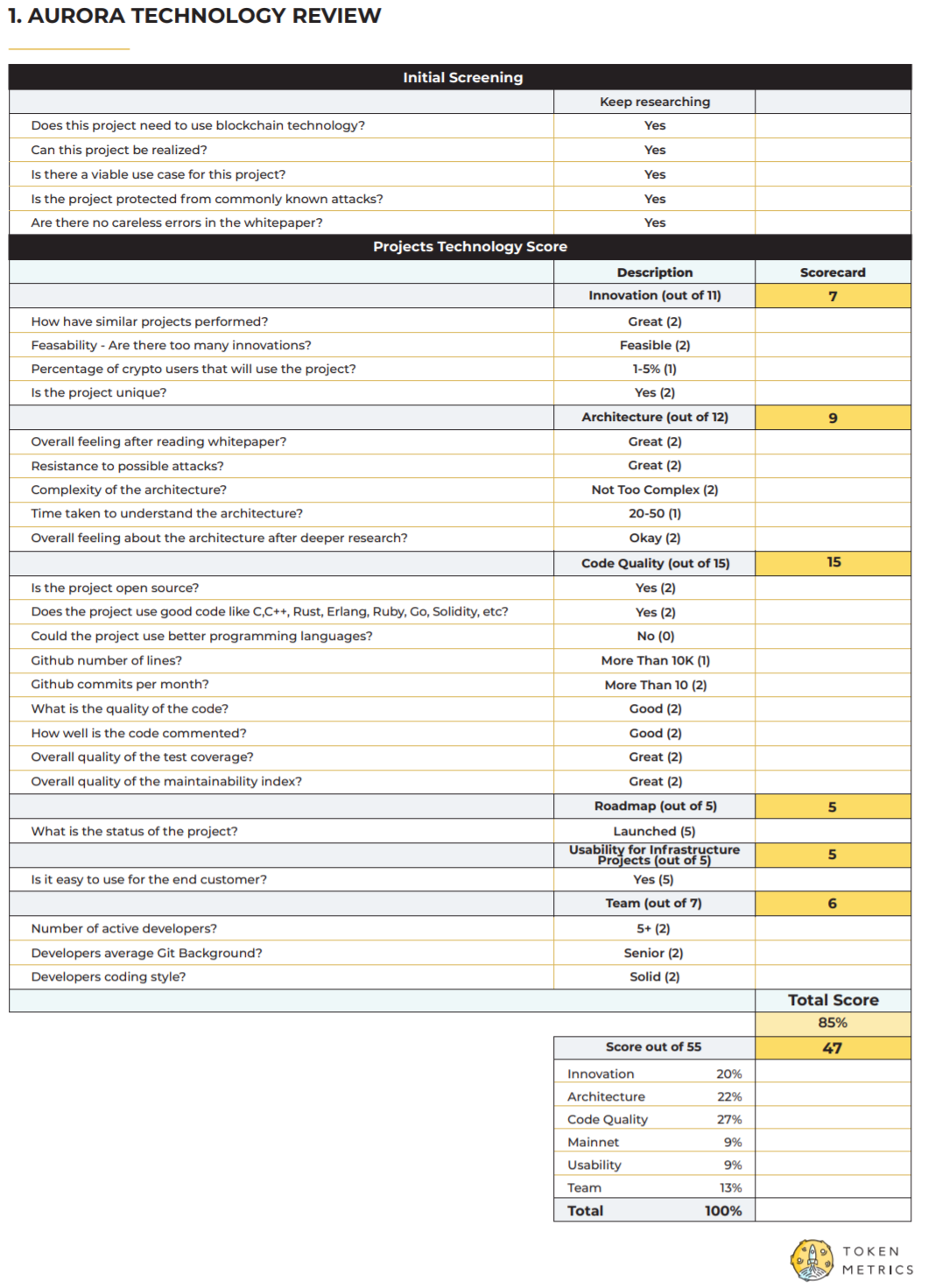