Built as an institutional-grade permissioned blockchain for regulated assets, Polymesh streamlines the processes and opens the door to new financial instruments by solving regulatory challenges with blockchain infrastructure around identity, compliance, confidentiality, and governance. With regulatory restrictions in mind, Polymesh is integrating these core principles into the base layer of its chain, which is not currently possible in other Layer 1s. Using Polymath's Token Studio, developers can tokenize assets in the private markets. Examples include equity, debt, real estate, VC/PE funds, intellectual property, and other intangible assets. 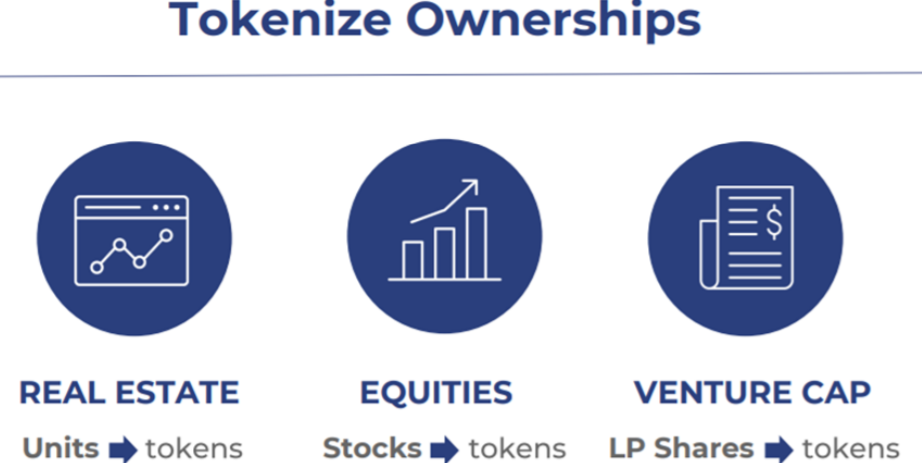 Polymesh's proprietary technology enables anyone registered on the network to create, issue, and manage digital securities on a substrate-based blockchain. A unique feature of Polymesh's blockchain infrastructure is the base layer of compliance and regulation they provide. By doing so, any future changes in law and regulation can easily be managed, and compliance is baked into security tokens issued on the Polymesh network. The main difference between Polymesh's approach and that of a general-purpose blockchain (like Ethereum) is that Polymesh's design focuses on a precise solution to specific requirements rather than a generalized solution to abstract needs. In our opinion, this helps the issuer of security tokens satisfy regulatory requirements. Since Polymesh makes it very easy for securities to bake in KYC, AML, and other regulatory requirements, whereas other blockchains currently have no mechanism to do so, Polymesh has a considerable regulatory edge when issuing security tokens. 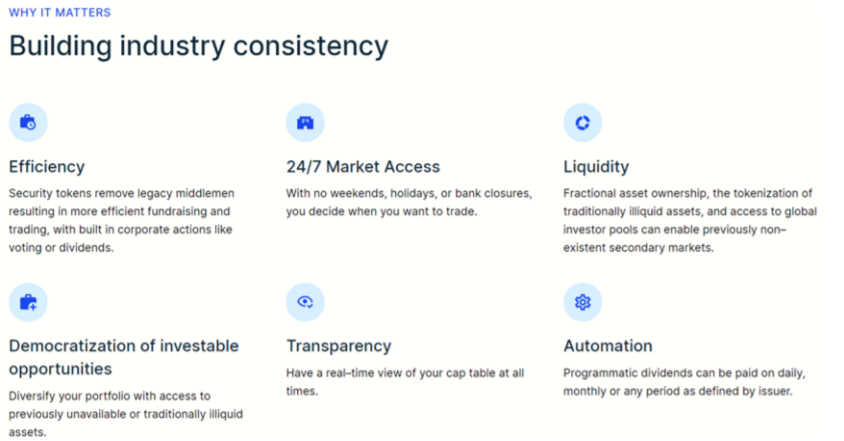 The benefits of tokenizing assets, particularly in the private markets, are that it fosters liquidity and accessibility (global access to markets 24/7) and democratizes ownership of a more comprehensive array of asset classes. Additionally, not only could you tokenize securities via Polymesh, but you could use their platform for multiple applications, like automating dividend payments, proxy voting via smart contract, and programmable equity. The total addressable market (TAM) for tokenized security is north of $100 trillion. Polymesh has a first-mover advantage as a Layer 1 to tap into the sector and tremendous optionality to build applications to take advantage of this theme.

Polymesh facilitates the entire token journey for an end-user, from creating the security token to the ongoing management of assets trading in secondary markets.

Using Polymath, issuers of security tokens have the following benefits:

1. Security tokens can be created easily.

4. Management (dividend payment and business requirements, for example, no single investor can hold more than 10% of the asset)

Polymesh's specificity gives it and the applications built on it a distinct advantage over those leveraging general-purpose blockchains. Its purpose-built infrastructure addresses the gaps in Ethereum's architecture to align the functioning of the blockchain with the requirements of modern capital markets. Before we go over the key design principles built into the base layer of Polymesh, we suggest you watch this demo. This would help clarify any abstract concepts discussed below relating to the architecture of the blockchain.

1) Identity - Securities issuance and transfer require a known identity, but most chains are built for pseudonymity. Polymesh uses a customer due diligence process to ensure all actors on the chain are verified and permissioned entities author all transactions. According to the whitepaper, "all actions on the chain are mediated through an identity, rather than through a simple public key like most public blockchains" to create a versatile, global system of identity. Identities are universal (that is, they can be accessed throughout Polymesh) and permissioned — they collect a set of claims or attestations issued by network-approved or issuer-specific authorities about the identity owner. These claims can then be used to manage asset ownership, transfer, and other restrictions, as well as the operation of the blockchain's underlying consensus mechanism. Each identity has a single administration key, which can add or remove signing keys from the identity. Signing keys can execute actions through the identity and deliver granular roles and permissions for identities and associated functionality within Polymesh. 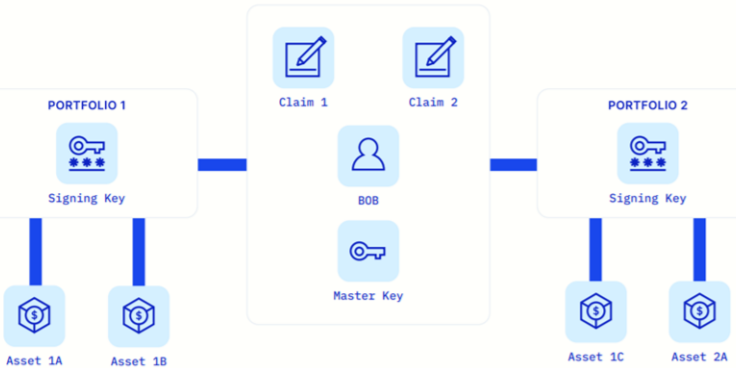 2) Governance - Contentious forks in the chain present significant legal and tax-based challenges for tokens backed by real assets. Polymesh uses a governance model to prevent hard forks and guides the evolution of the chain.

3) Compliance - Solutions built on top of general-purpose blockchains struggle with processing the complex logic needed to comply with regulations. Polymesh builds compliance into the chain, enabling faster processing and lower protocol fees that can scale as demand and complexity of regulation grows. Additionally, a modular architecture empowers Polymesh to accommodate frequent changes in regulatory or business requirements.

4) Confidentiality - Most market participants need their position and trades to remain confidential, but anyone can see holdings on general-purpose blockchains. Polymesh has engineered a secure asset management protocol that enables confidential asset issuance and transfers. 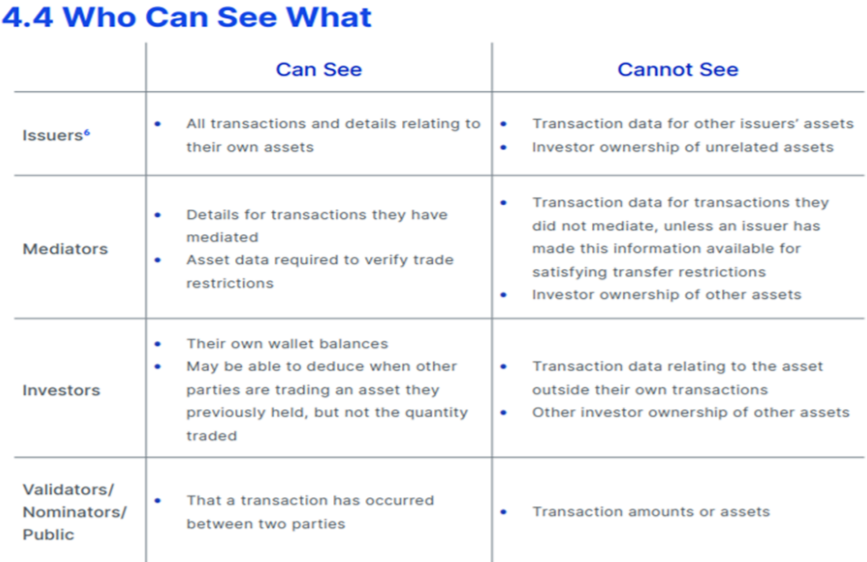 5) Settlement - Settlement challenges prevent the blockchain from serving as a golden record for asset ownership. By creating assets at the protocol layer, Polymesh can provide a simplified approach to transfers that provides instant settlement without funding, prevents unwanted airdrops through trade affirmation, and offers deterministic finality, preventing front running.

POLYX is the native token of the Polymesh network. It has multiple use cases, which makes the token utility strong.

1. Transaction fees (gas fees) - fees charged for all transactions on Polymesh. Fee payment is split at a 4:1 ratio between the network treasury and the block-creating node operator.

2. Protocol fees - charged for certain types of native functions (eg. reserving token ticker) set by the Polymesh Governing Council. Fee payment is split at a 4:1 ratio between the network treasury and the block-creating node operator.

3. Developer fees and grants - charged and set by developers of smart contracts and smart extensions. Developers who provide an answer and solution to a specific request for proposal (or even address unsolicited solutions) may be provided a grant in the form of POLYX. While these are not yet activated for Polymesh, further details will be determined through the on-chain governance process,

4. Staking rewards - Stakers back node operators of their choice with POLYX. Both are either rewarded or fined based on the operator's performance running their node (ie. keeping their node online; writing blocks to the chain per the rules of Polymesh). For each block created, the node operator who made it is rewarded in POLYX along with their stakers.

5. Governance - Staked POLYX may be simultaneously used to signal support in Polymesh governance. 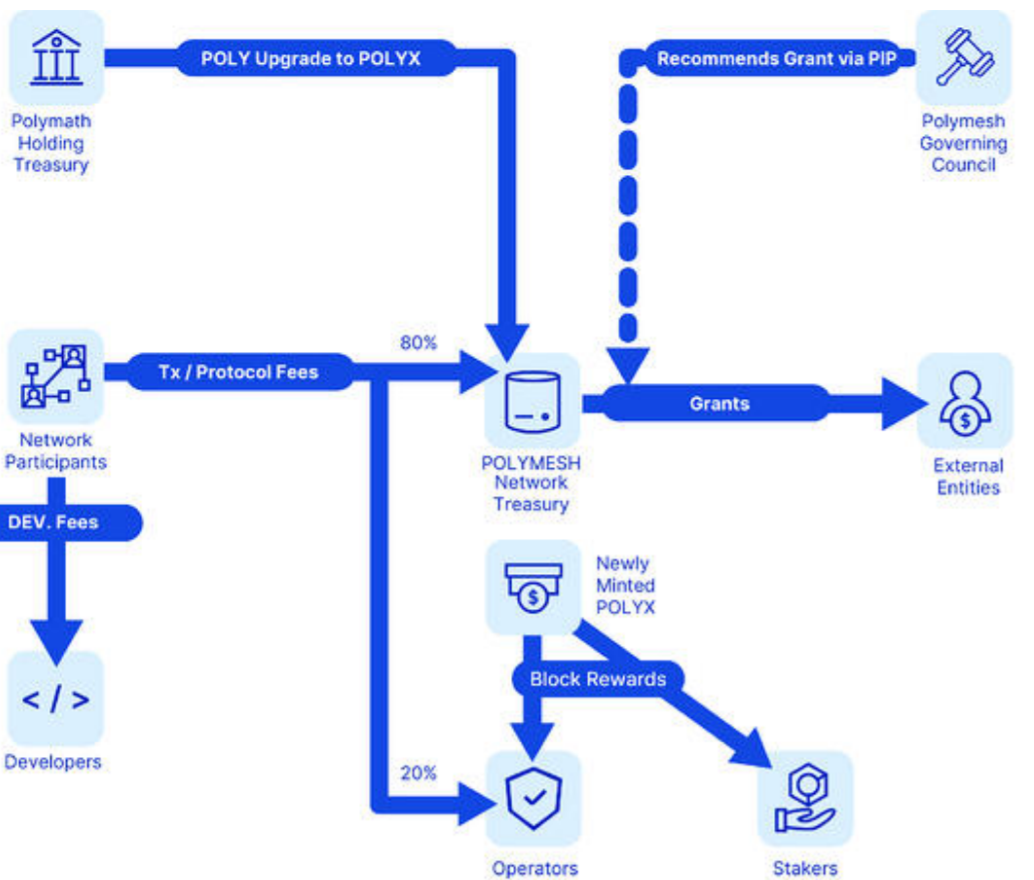 POLYX on Polymesh will not be created from scratch. With the launch of the chain, the main mechanism to build the supply of POLYX is through an upgraded bridge letting users upgrade their Ethereum-based POLY utility tokens to POLYX on Polymesh. POLY can be upgraded to POLYX at a 1:1 ratio (i.e. 1,000 POLY = 1,000 POLYX).

The total supply of POLYX will be uncapped, unlike POLY, which was capped at 1 billion. The newly minted POLYX will be used for rewards to secure the network, and the inflation rate could go as high as 14% if less than 70% of POLYX is staked to incentivize network security. Staking secures the network by aligning the economic incentives of node operators and stakers to the correct operation of the chain through rewards and penalties, denominated in POLYX. It's an essential aspect of the nominated proof-of-stake consensus mechanism. 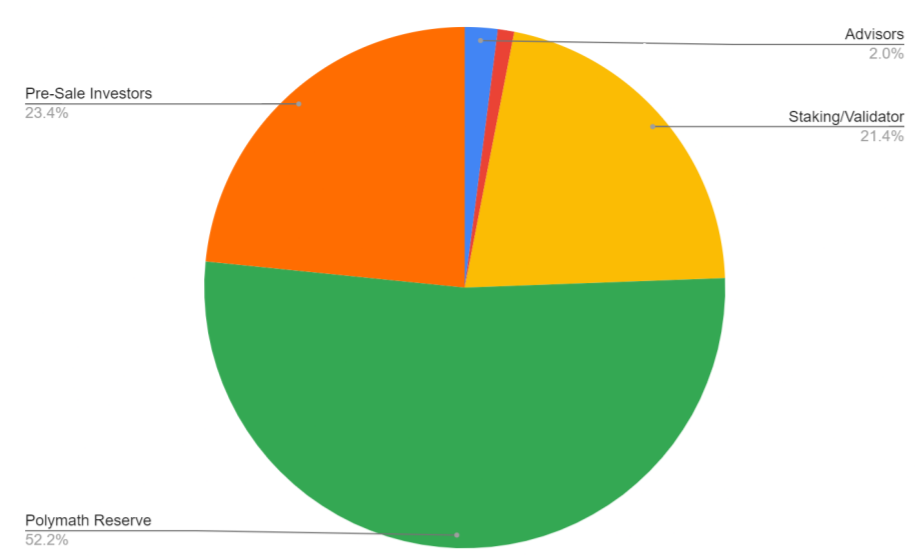 We conducted different market sizing exercises to determine the price potential of POLYX. At the current price of $0.69, the market believes it can capture 0.12% of the Ethereum market share. Although Ethereum is not a direct competitor, most financial innovation happening within the crypto space resides there. If we assume that the Polymesh network can secure a 0.5% to 1% market share of ETH, the ROI potential is 3X to 7X. This by no means is a radical assumption as Polymesh is going for a $100+ trillion TAM (total addressable market). 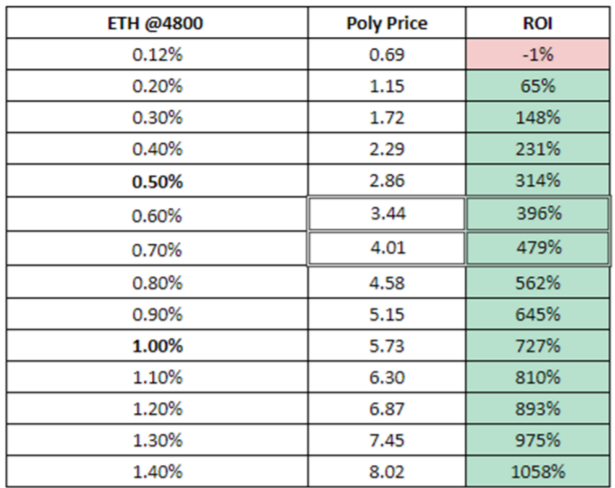 If the security token narrative within the crypto market gets reignited (and as Polymesh is the only Layer 1 targeting issuance of security token with first-mover advantage), there is a possibility it might end up taking 0.5% to 1% total market share of the crypto industry. If this scenario plays out, the fair value of POLYX could range between $15 to $35, which garners 21.7x to 50.7x ROI potential.

Let's run a blue sky scenario where global illiquid asset market capitalization is between $90-$95 trillion, and Polymesh network is able to capture 0.20% to 0.40% of this. ROI potential is between 261x to 551x.

Solidified audited the Polymath USDTieredSTO module and its auxiliary files

The leadership team is well-balanced, with experience ranging from Wall Street to the Beltway. Cumulatively they have 59 employees with a strong blockchain developers team.

We also had the pleasure of having Graeme Moore, Polymath’s head of tokenization, join our podcast — you can watch him in action right here. We were particularly impressed by the CTO, who is an Oxford University graduate with experience working at Morgan Stanley. He also has extensive working experience building out machine learning technology and within the blockchain sector. This gives us confidence — not only is he technically capable of delivering the goods, but he also has cross-discipline knowledge from finance to implement the business logic side of their technology.

Risks to our Investment Thesis

● The sale of POLYX tokens took place before the existence of its token utility. Also, the token supply is centralized. This might mean that in the future; there is a regulatory threat that POLYX might be classified as a security and not a utility token.

● Regulators have kept us in the gray area on tokenization of assets — there is no guidance yet as to whether or not security tokens are legal.

● Polymesh could remain undervalued for a long duration unless the narrative regarding security tokens comes into favor.

● Limited amount of current utility and usage of the platform.

● Network adoption might be limited, as Polymesh is a permissioned blockchain. 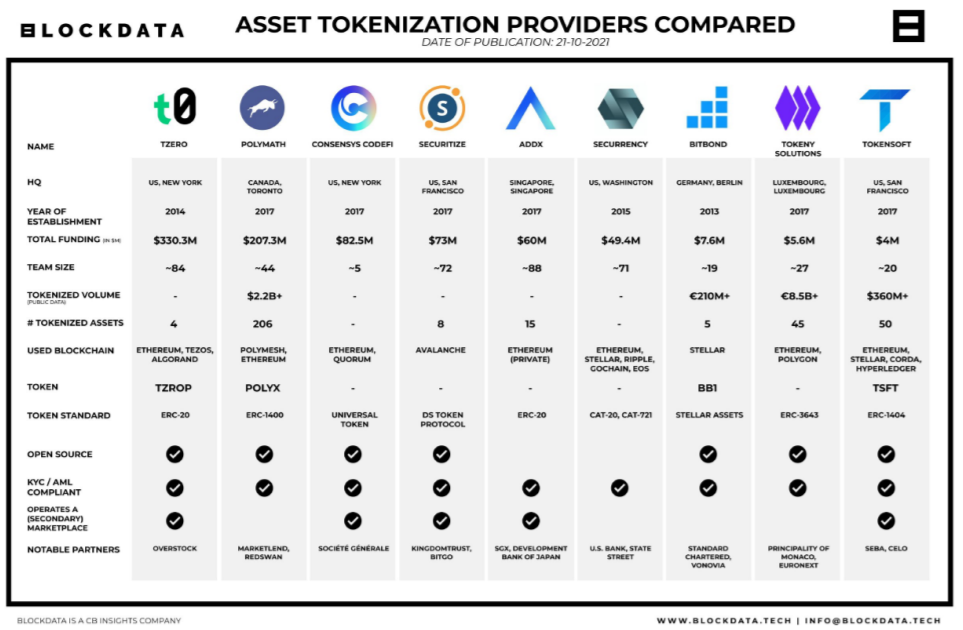 Polymesh has solid technology, and they have used a novel approach to target the issuance of security tokens. The code quality of their Github repo commit is exceptional, and the project is well-audited, which makes us excited about the project's future. Not only that, the sector Polymesh is targeting has tremendous potential. Polymesh has also successfully garnered the support of 14 major regulated financial institutions acting as permissioned node operators on its network. We believe that Polymesh is undervalued. However, it might remain undervalued for a while, as the security token theme is not fashionable lately, and regulators have kept us in the dark regarding the legality of security tokens. 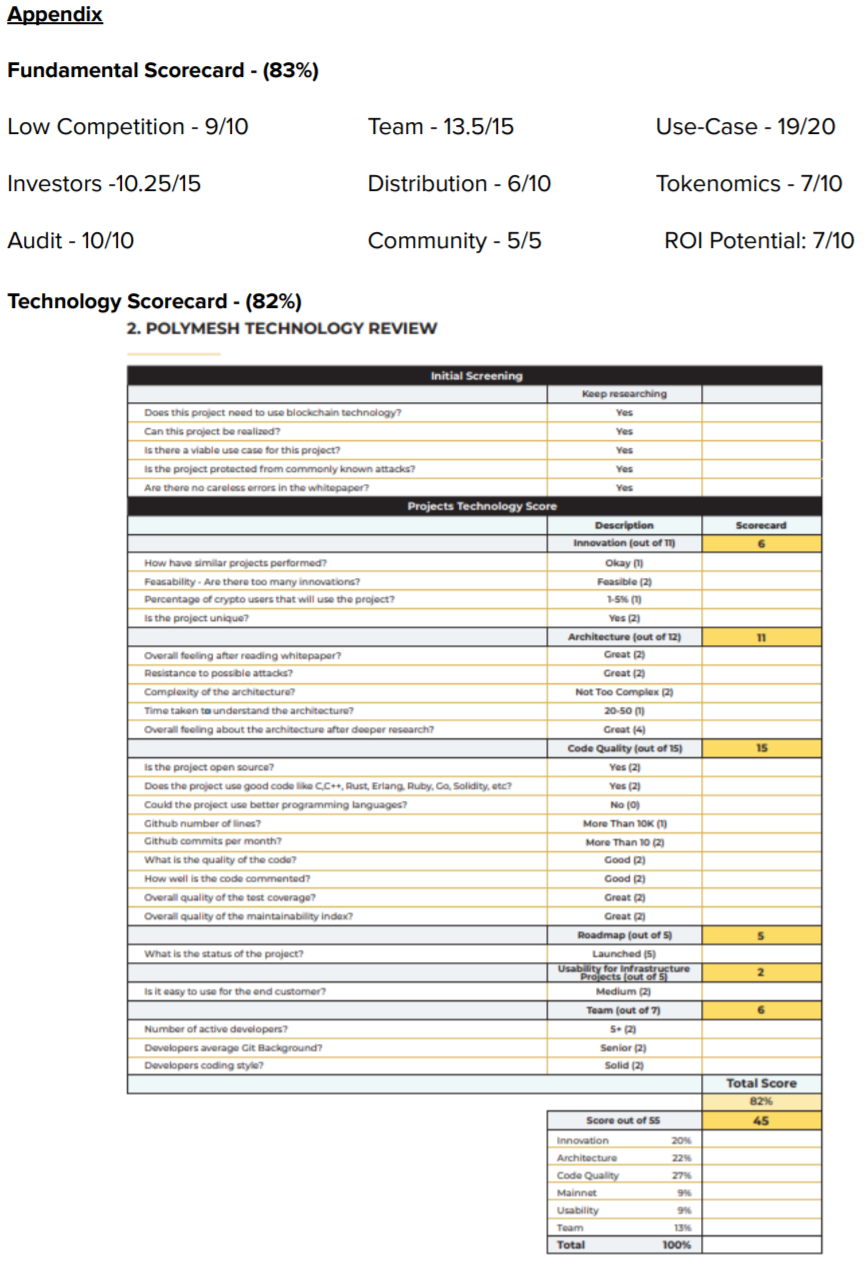