Written by Ryan John Barcelona
Updated over a week ago

MakerDAO is a decentralized organization dedicated to bringing stability to the cryptocurrency economy. The Maker Protocol employs a two-token system. The first being, Dai, a decentralized, unbiased, collateral-backed stablecoin soft-pegged to the US Dollar that offers stability, as the Maker Foundation and the MakerDAO community believe that a decentralized stablecoin is required to have any business or individual realize the advantages of digital money. Second, there is MKR, a governance token that is used by stakeholders to maintain the system and manage Dai.

MakerDAO, the Decentralized Autonomous Organization and open-source project running on the Ethereum blockchain, was first created in 2014. The project is managed by people around the world who hold its governance token, MKR. Through a system of scientific governance involving Executive Voting and Governance Polling, MKR holders manage the Maker Protocol and the financial risks of Dai to ensure its stability, transparency, and efficiency. MakerDAO governs the protocol by deciding on key parameters such as stability fees, collateral types/rates, through the voting power of MKR holders. The protocol, which is now one of the largest decentralized applications on the Ethereum blockchain, was the first decentralized finance (DeFi) application to earn significant adoption.

All accepted collateral assets can be leveraged to generate Dai in the Maker Protocol through smart contracts called Maker Vaults. Users can access the Maker Protocol and create Vaults through a number of different user interfaces, including Oasis Borrow and various interfaces built by the community. Creating a Vault is not complicated, but generating Dai does create an obligation to repay the Dai, along with a Stability Fee, in order to withdraw the collateral leveraged and locked inside a Vault. Vaults are inherently non-custodial: Users interact with Vaults and the Maker Protocol directly, and each user has complete and independent control over their deposited collateral as long the value of that collateral doesn’t fall below the required minimum level (the Liquidation Ratio).

The Maker Protocol allows users to generate Dai, a stable store of value that lives entirely on the blockchain. All Dai is backed by a surplus of collateral that has been individually escrowed into audited and publicly viewable Ethereum smart contracts. With hundreds of partnerships and one of the strongest developer communities in the cryptocurrency space, MakerDAO has become one of the pillars of the DeFi movement. Despite the creation of a multitude of stablecoins in the past few years, whether collateralized or not, Dai has remained one of the options of choice when looking to dollars pegged stablecoins. 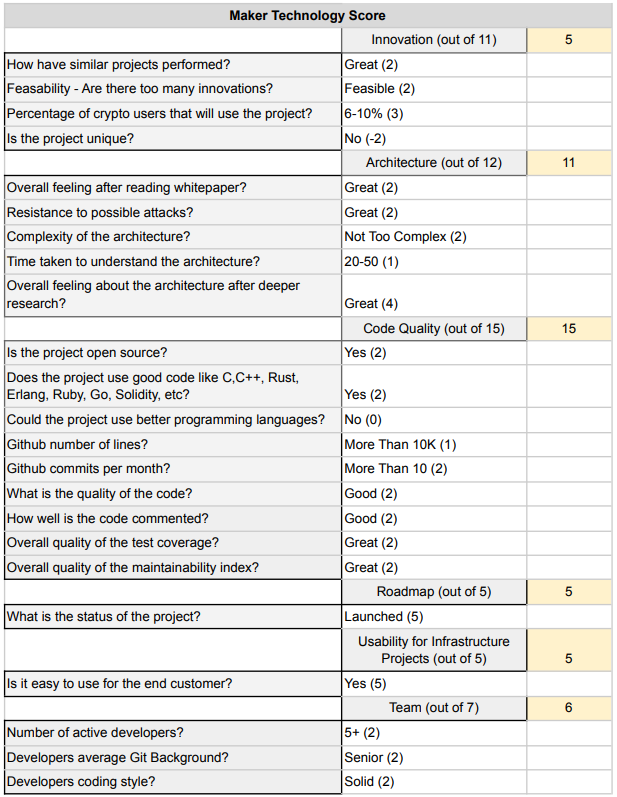